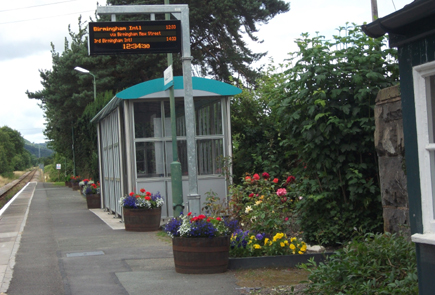 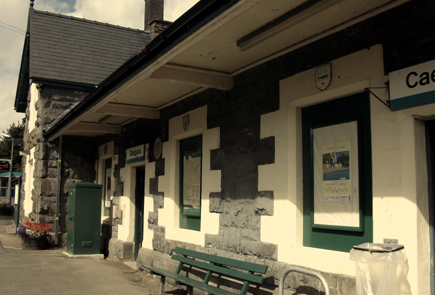 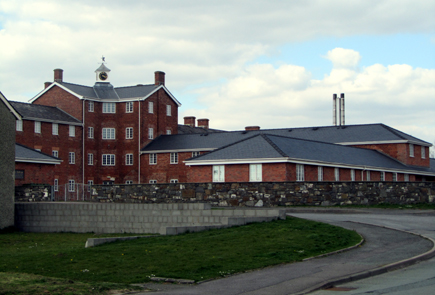 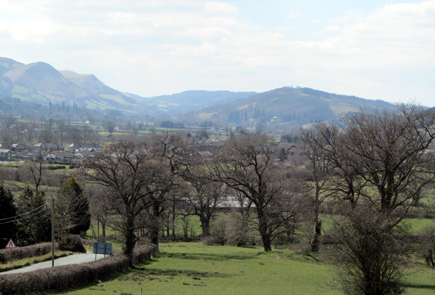 Caersws Railway Station, which is on the Cambrian Line from Aberystwyth to Shrewsbury is the heart of our community and was voted "Best Kept Unmanned Station" by Keep Wales Tidy in 2013. The Welsh romantic poet John Ceiriog Hughes was the stationmaster and manager of the Van Railway from 1868 until his death in 1887 and is buried in the churchyard at Llanwnog.

From Caersws Railway Station there is easy access by foot to many local amenities including a family butchers, two convenience stores, a delicatessen with a coffee shop, a fish and chip shop, a post office and a doctors' surgery. There are also three public houses, two on Main Street offering traditional pub food and one on Bridge Street which is currently under refurbishment (July 2013). Caersws also has a workshop complex and several local businesses situated in and around Caersws. These include hairdressers, electricians, carpenters/joiners, plumbers, builders (including an oak-frame building company), an agricultural workshop (including a gardening shop) and a fuel station with a workshop facility and MOT test centre.

Caersws has a thriving community made up of all ages and walks of life. Caersws has a village school, a playgroup (Ysgol Fethrin), a youth club and a St John Ambulance. The village hall in Caersws is well used for regular local events (bingo, short mat bowls and youth club to name a few) and the village club at the back of the village hall is used for holding meetings and events, as well as for private function hire. There are a number of groups in Caersws, including a choir, football club, tennis club, quoits club, angling association and gardening clubs, along with an allotments association. For the ladies of the ward there is Caersws W.I. and Llanwnog W.I. and there are also other village halls in the ward that are used for numerous events, including regular book swaps, quiz nights and archery classes.

The Caersws ward has a church and three chapels, most of them quite picturesque. Llanwnog church is a single-chambered structure variously considered to be of 13th century or 15th century origins, restored in 1863. It contains the best example of a 15th or 16th century rood screen and loft in Montgomeryshire, as well as a medieval font bowl and a 17th-century memorial.

Just a mile or so along the A470 from Caersws is Pontdolgoch where there is a vehicle repair garage, a hotel with restaurant and an agricultural feed merchants and pet supplies. The village of Clatter is a further mile on from Pontdolgoch where a very active community centre holds events such as quiz nights, book exchange, pub nights, archery and other activities. This venue is also available for private hire.